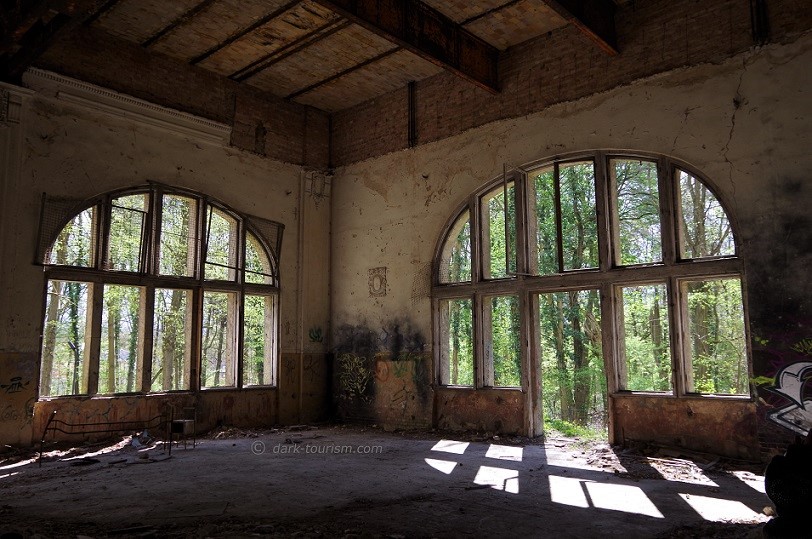 Today is World Tuberculosis Day. The date was chosen because it was on this day in 1882, 139 years ago today, that Dr. Robert Koch of the Berlin Institute of Hygiene announced his discovery of the Tuberculosis (TB) bacillus that causes the disease. At that time TB was raging through Europe and America, killing millions, especially amongst the working classes living in, let’s say, less than ideal sanitary conditions. The discovery paved the way not only for diagnosis and treatment, but also for wider-reaching preventative measures. Even so, tuberculosis continues to kill over a million people annually worldwide (mostly in low-income, less developed countries – so it’s largely a mark of ‘health inequality’). Globally it’s anything but eradicated, yet in the ‘developed world’ it is far from being the “pestilence of the industrial revolution” that it once was …

The name of the discoverer of the TB bacillus is frequently heard in the news these days, well at least in Germany, where the “Robert Koch Institute”, the federal government agency responsible for disease control, is currently one of the premier sources of reliable information about the ongoing coronavirus pandemic, another disease attacking the lungs.

The photo above was taken at the fabled Beelitz Heilstätten, a former TB sanatorium outside Berlin, Germany. During the Cold War period it served as the largest military hospital of the forces of the Soviet Union, lots of whom were stationed in East Germany (the GDR). When they moved out after German reunification in 1990, the buildings long stood abandoned and became a magnet for urban explorers. Unfortunately that also brought lots of vandalism. But today, some buildings have been renovated and have found new uses (and some old – one is a hospital again), while a few of the most atmospheric ruins are now officially visitable on guided tours. There are also special photography tours – because this is an immensely photogenic place. I’ll illustrate this with a few more photos. First, the featured photo again, which shows the former dining hall of one of the large sanatorium blocks:

This next photo was taken inside what used to be a cinema, with a row of cinema seats still in situ.

One of the key attractions at Beelitz is the “Alpenhaus” (‘Alpine house’ – as it was indeed designed roughly in a Bavarian mountain style), which is now totally derelict and a whole forest has grown on its roof. To get better views of this a ‘treetop walkway’ has been constructed so you can see in from above.

Allegedly, there’s even a fox living up there! (So one of the guides claimed, at least.)

Here and there you find relics from the Soviet times, like the writing on the wall in this photo in the background. The Cyrillic inscription says “entry forbidden” in Russian.

The graffiti artwork on the rusty wreck of a van in the foreground is obviously newer. It’s quite an atmospheric work of art, but I’m always torn with graffiti. On the one hand I can appreciate well-executed spray art, but on the other I think no interventions should be made at such historic places. Inside is even more wild graffiti, as in this image:

This was taken inside what used to be a hospital kitchen and the big apparatus in the centre are large extractor fans.

And here’s a photo I took inside the former surgery wing, namely in an ex-operating theatre. That’s what the Cyrillic inscription says, so this was operating theatre No. 4. In the background is some more spooky graffiti.

There isn’t graffiti everywhere, though. Here’s an image without any, taken on the ground floor of one of the empty buildings at the bottom of a staircase:

The outside can also be atmospheric. I especially like this next photo because of the juxtaposition of the symmetry of the architecture and the haphazardness of the vegetation and broken glass.

Apart from all the graffiti, vandalism is also evident in physical destruction, and there is plenty of it. Glass does indeed seem to be a particular target. This image could have featured in my recent theme post “Dark Tourism & Broken Glass”:

And speaking of theme posts, I think it’s time for another one of our theme polls. Here’s a choice of four themes, two are new, and two have featured before in previous polls but failed to win, so they’re given another chance here:

Please pick the theme you would most like to see a post about here in the coming weeks and post your vote in a comment below – or, if you are a subscriber (see top right of this page), you can also vote non-publicly by replying to the newsletter that will be sent out on Sunday.