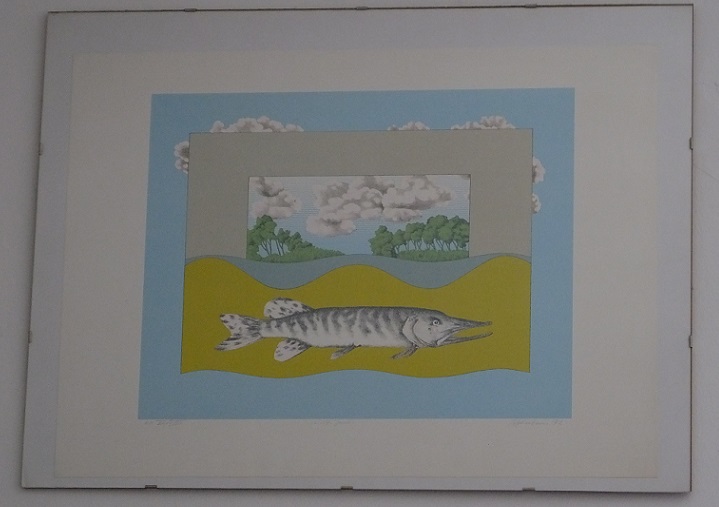 In East Berlin, one of the main demonstrations took place outside what was then the GDR’s ‘House of Ministries’ (“Haus der Ministerien”), a building constructed in 1935/36, i.e. during the Third Reich, namely to house Hermann Göring’s Ministry of Aviation (“Reichsluftfahrtministerium”). After WWII, the very founding of the GDR took place here in 1949.

The dark associations of the building didn’t end with the 1953 uprising, though. After the Fall of the Berlin Wall and the dissolution of the GDR, the building became the home of the “Treuhand” (‘Trust Establishment’), that sold off the ex-GDR’s assets. The Treuhand’s first chairman Detlev Rohwedder was assassinated by the left-wing terrorist organization the Red Army Faction (R.A.F.) in April 1991, after which the building was renamed Detlev-Rohwedder-Haus in his honour. And since 1999 it has housed the German Federal Finance Ministry (“Bundesministerium der Finanzen”). So plenty of darkness here. 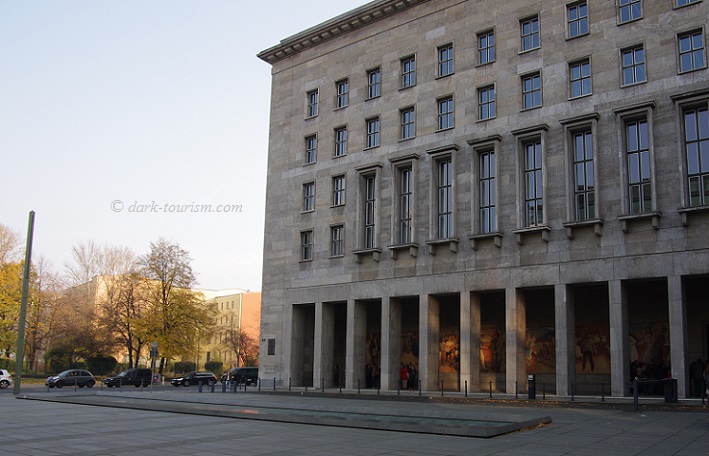 In front of the building, on the square at the corner of Willhelmstraße and Leipziger Straße, a kind of monument commemorating the 17 June 1953 Uprising and its crushing has been established. It consists mainly of an oblong frame containing a large blow-up of a photo of the protests at the time. In addition, several information plaques on stelae to the right of the main monument provide some background information. 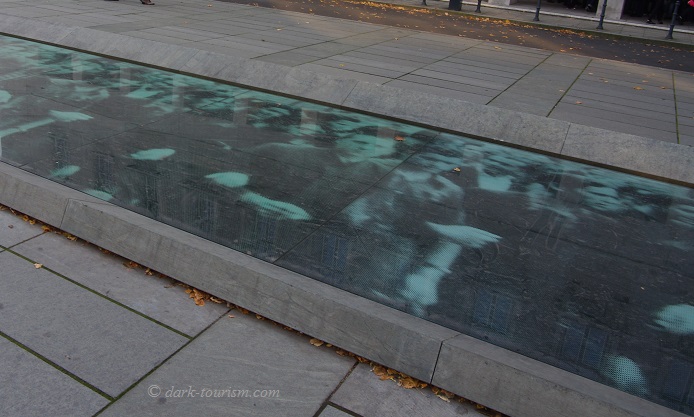 In the background of the photo of the building above you can just about make out some colourful murals behind the columns, picked out by the evening light. These are paintings on Meissen porcelain tiles, over 60 feet wide and 10 feet high, created in the early 1950s and finished just a year before the Uprising. It’s a classic socialist-realist depiction of workers, peasants and socialist activists marching and bearing banners praising socialism and saying “Es lebe die Deutsche Demokratische Republik” (‘Long live the German Democratic Republic’). The work is entitled “Aufbau der Republik” (‘building up of the republic’) – which is all in somewhat ironic contrast to what happened here in 1953. Here’s one section of the mural: 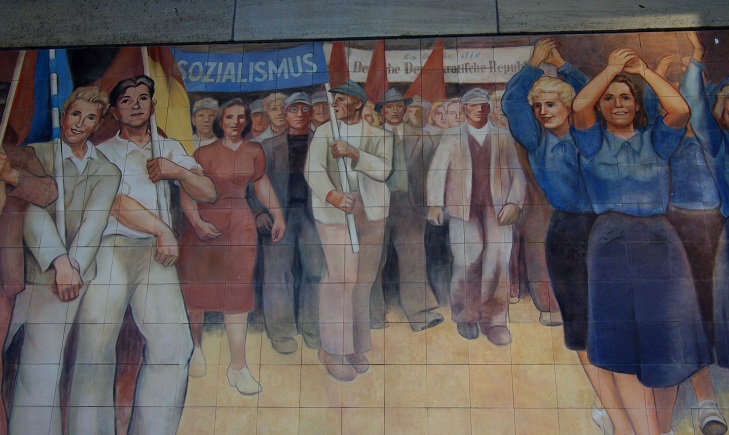 Now most of you will have been wondering what all that could possibly have to do with that initial image above, with that fish and semi-abstract landscape. To explain: this is actually a tribute to my late father, who passed away in March this year. It’s one of his works, from the early 1970s, a combination of screen printing and lithography, and it’s indeed entitled “17. Juni”, or ‘17th of June’.

In case you now start looking for any symbolism or deeper political message in this work of art: don’t. There isn’t any. The only loose link is this: in recognition of the Uprising, and as a day marking the goal of eventual German Reunification, 17 June was declared a public holiday in West Germany, where I grew up. It was also called “Tag der deutschen Einheit” (‘Day of German Unity’, now moved to 3 October). However, by the 1970s many people had come to accept the division of Germany as non-temporary and got on with it. So instead of going on any ambitious political demonstrations, most people simply enjoyed the day off work and did whatever recreational activity tickled their fancy. In the case of my Dad this included: going fishing. And one of the types of freshwater fish he would often catch was a pike, as seen in this work of art.

The style of art, with this very realistic depiction of the fish set into a stylized background for contrast, was labelled “Neue Landschaft”, or ‘new landscape’. It was a style that was briefly somewhat en vogue in the artist circles of the region and the time back in the day, though it didn’t make much of an impact in the annals of art historiography. That’s a shame, though, as I for one find it quite an intriguing style and am happy to have this and a couple of other such works by my Dad on my wall, in fact just above my desk, so I only have to look away from the computer screen and up to see them. And I do quite frequently do that – especially so since March, naturally …

[By the way, a few copies of this work are still available; so if any of you are interested in purchasing one, contact me!]