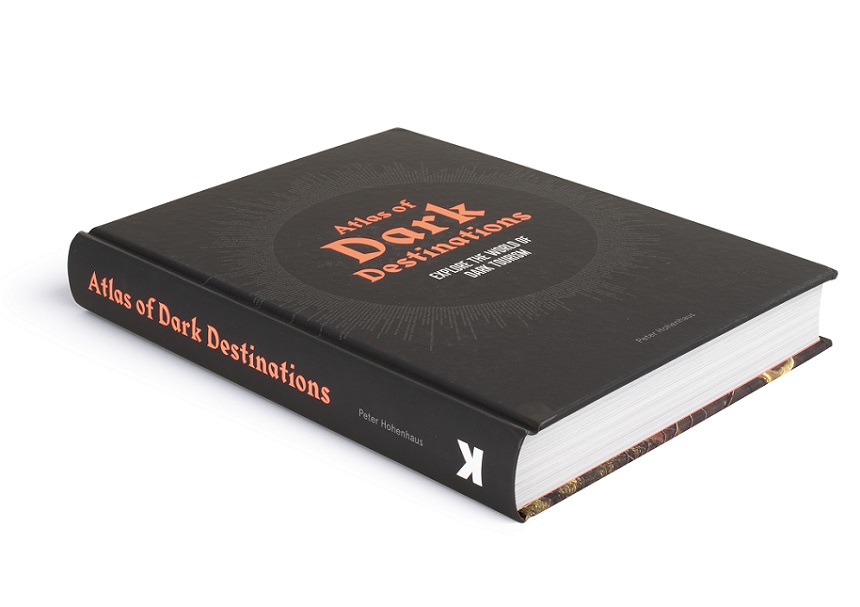 It’s now nearly a month since my book came out internationally. So here’s an update and some promo material I received from the publishers.

The marketing department gave me a summary of their activities, i.e. where they’ve “pitched” the book, how many review copies they’ve been requested to send out, where features are in the making and so on. I was also informed of the sales figures. Apparently they are quite good, though in absolute numbers they don’t sound huge; but so far about 40% of the copies printed in the first run have been sold. The US market is doing the best, while it’s been a slower start in the UK. Now that I have some promo material to send out, I’ll also get in touch with a few journalists I gave interviews to over the past few years and will also contact a few specialist travel platforms.

I would also like to urge you, my readers, to help spread the word. In doing so you’d help to support the upkeep of this blog and my main website. On the latter I’ve also expanded the book entry. For that I used the publishers’ promo images.

They had some beautiful taster photos taken specifically for this purpose, these were posted on Instagram and Twitter too, so I was told, and you can find them on the Amazon UK page. To spare you clicking and browsing around, I’ll reproduce them here.

First, here’s a nice photo of the book cover as part of a little ‘still life’ featuring a retro camera and some leaves. I guess this is to spark some interest and instil an aura of ‘wanderlust’ in the presentation: 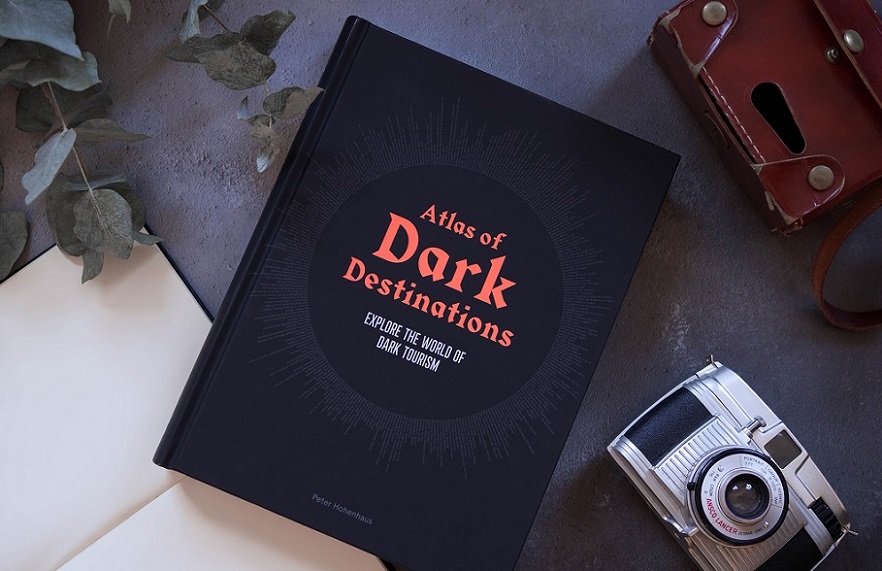 Next here’s another photo in the same style, now with the book open to show a sample chapter spread (by chance featuring one of my favourite photos I contributed to the book myself, namely of the command ‘bridge’ of the Le Redoutable nuclear submarine in Cherbourg, France):

A third photo in this style shows a sample map page and country intro, such as precede all the larger sections that the book is subdivided into geographically, in this case for the USA (I know it says North America at the top, but since Canada is not covered in the book, that only leaves the US, while Mexico is covered under Central America), with all the individual destinations marked on the map and listed below it: 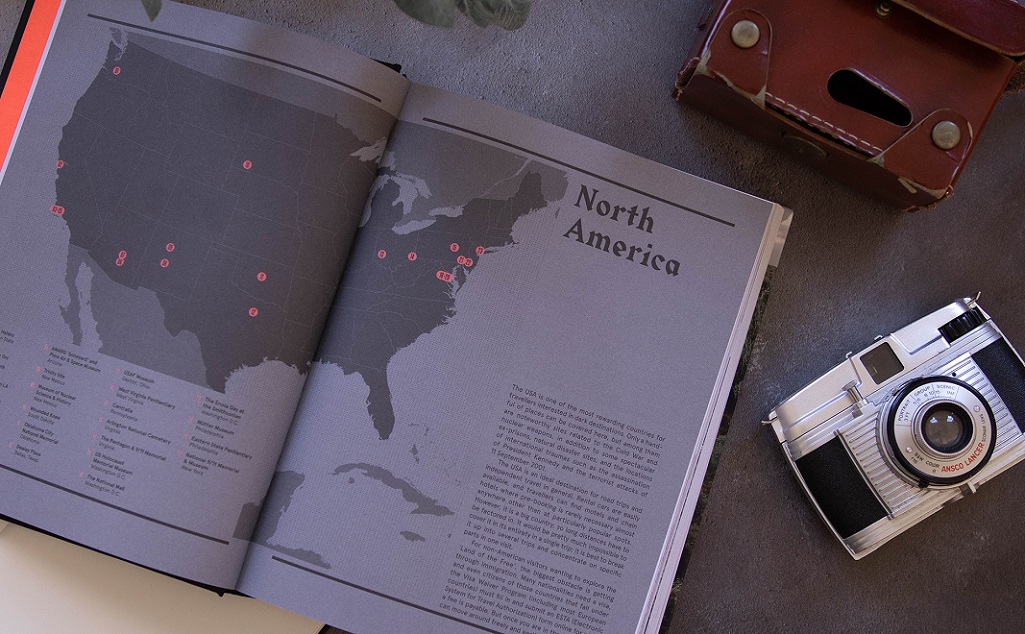 On the publishers’ British website there also a few further sample photos, including the one featured above at the top of this post. And here’s one of the back cover of the book that has a photo of the abandoned Ferris wheel in Pripyat in the Chernobyl Exclusion Zone together with a little blurb text that the publishers penned themselves (i.e. not my words, but I approved of the text): 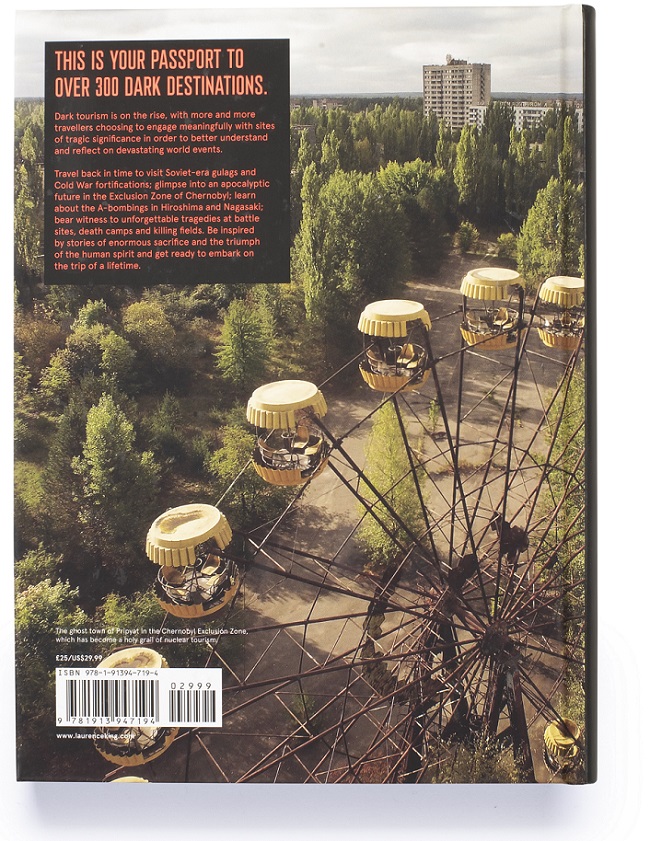 They UK website of Laurence King Publishing Ltd. (but not yet the German or US sites) also shows three content samples, including another map, namely for this rather substantial section covering Central Europe: 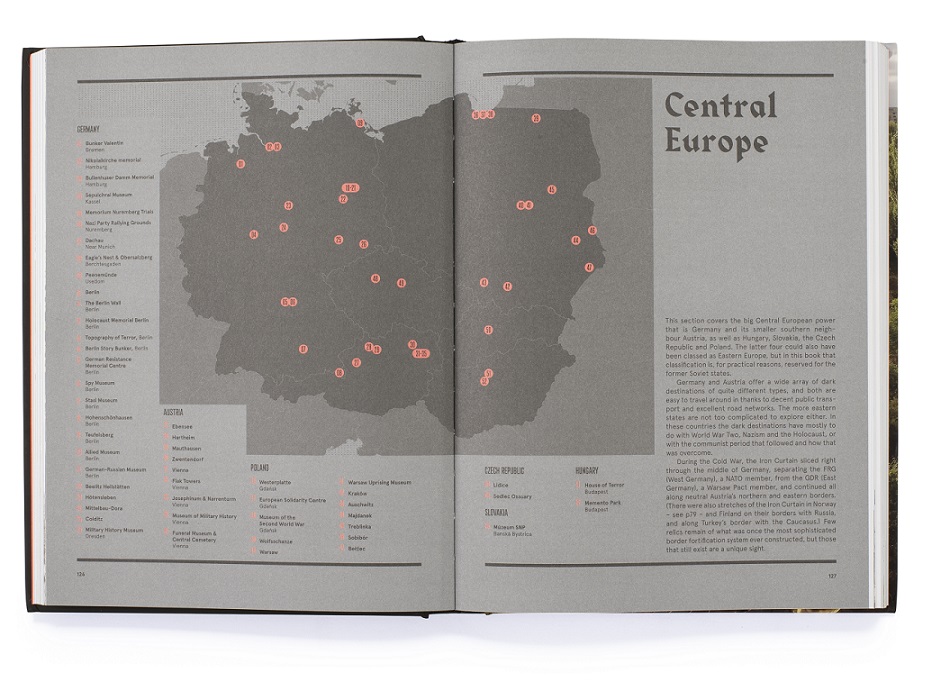 As sample chapters the publishers chose this spread, with two destinations in Berlin, both related to the Stasi. Included in this spread are also two further features that pop up periodically in the book, namely box insets with statistics, that the editor in charge dubbed “dark stats”, here one for the Stasi, plus one of the boxes listing yet more destinations related to a certain topic, in this case yet more Stasi-related places one can visit in addition to the ones featured with their own chapter in the book: 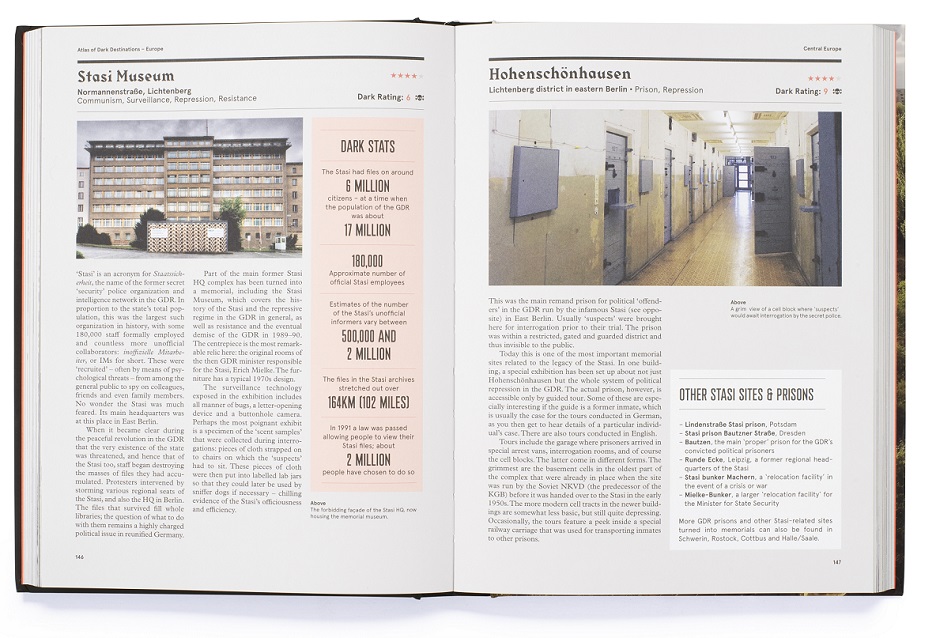 Finally, as an example of another feature in the book, larger thematic box texts that provide a bit more in-depth background information on certain topics, the publishers picked the one about the Rwandan genocide: 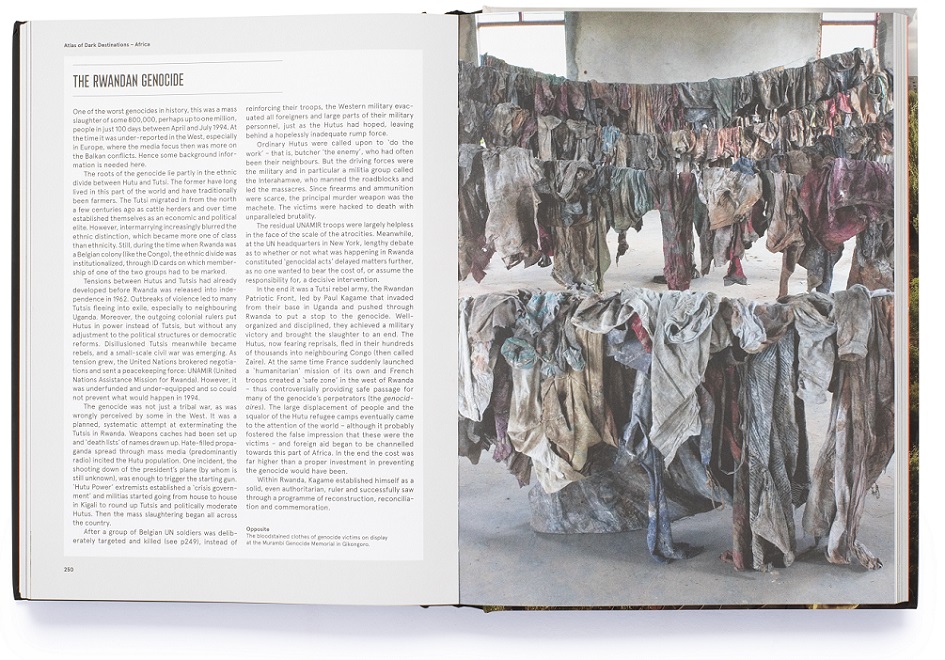 When I gave some preview tasters for my then forthcoming book in this Blog’s Newsletter (namely on 25 April and on 16 May), I used a map spread for Northern Europe: 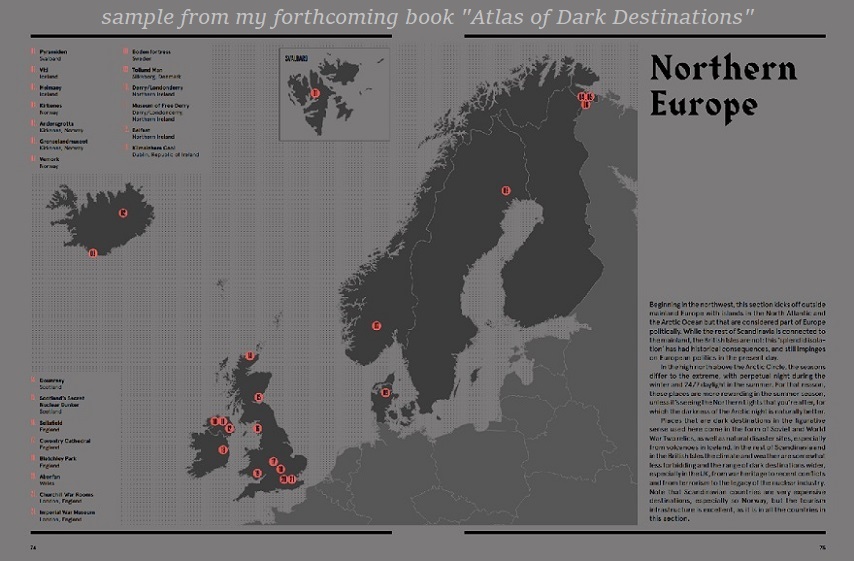 As a chapter preview I used one from South America, namely Chile, which also featured a “dark stats” box: 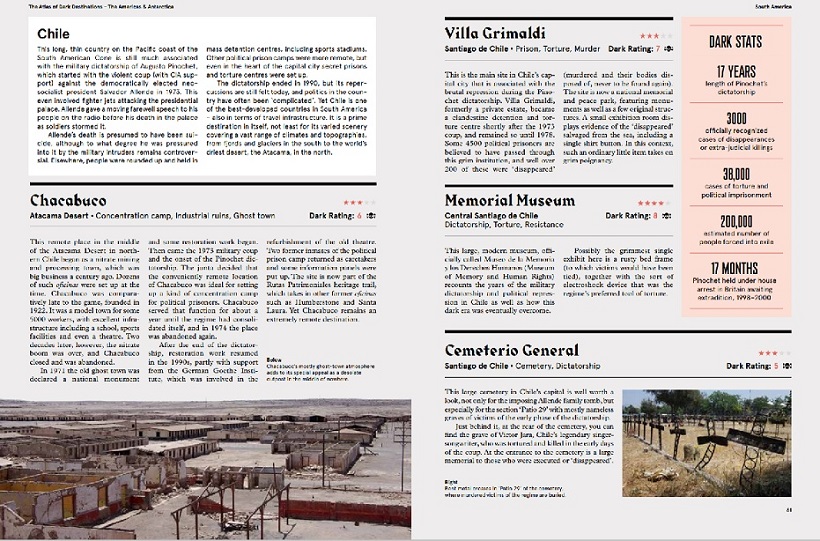 And another preview sample showed a spread of a US page together with a thematic theme text on nuclear weapons and a list of further destinations associated with the USA’s nuclear programme: 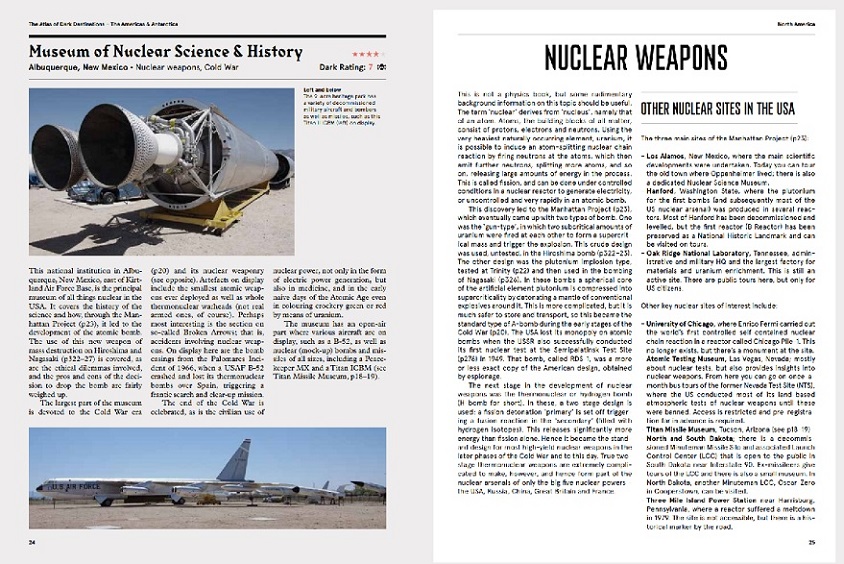 As far as active promotion on my part is concerned, I gave an interview to Far Out Magazine, which has meanwhile appeared (see here – external link). It’s quite good in that it quotes me accurately and goes beyond the stereotypical, sensationalist moral panic the media often slip into when the topic of dark tourism comes up. The one photo that it comes with is however rather clichéd in that it not only shows that Pripyat Ferris wheel too in the background but also two figures wearing gas masks in the foreground (as if that was necessary in Chernobyl, which it absolutely isn’t; it’s only ever done for “show” to pretend that it’s dangerous to go there, which it hardly is in reality).

I also gave an interview to Talk Radio that I have an MP3 file of – so if you’d like to listen to that, contact me and I can send you it. It’s quite a big file though (just under 30 MB, over 20 minutes long) so it may not be transferable by email and an alternative file transfer service would have to be used. But that can be arranged if any of you are keen to hear it.

I’ll also do a podcast soon, so once that goes online I can drop the link in one of the next few blog posts and/or newsletters.