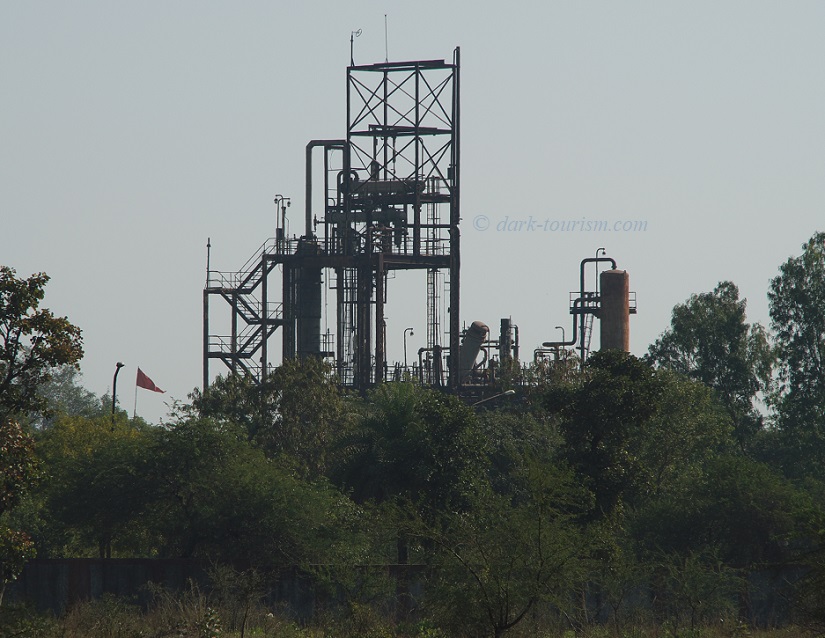 The effects of exposure to the MIC gas are burning of the respiratory tract and the eyes and vomiting as the initial symptoms, death frequently followed as a result of choking, convulsions, kidney failure, circulatory collapse, and/or a build-up of fluid in the lungs and brain. The scenes in the streets, as people were trying to run away en masse, must have been totally apocalyptic. And those who made it to a hospital found staff and resources completely overwhelmed by the magnitude of the disaster they had to deal with.

Between 3,000 and possibly as many as 25,000 died as a consequence of the leak. As usual in such cases, the exact figures are highly contested. Still, it’s undeniable that the Bhopal disaster was the worst accident in the history of the chemical industry.

The aftermath is still nasty. The legal side of it has never been fully settled. Birth defects attributed to the toxin still occur. There are still campaigns for proper compensation. But the successor company that took over Union Carbide, the giant multinational corporation Dow Chemical, deny any responsibility for the disaster as it happened before their ownership of Union Carbide.

The site itself has only half-heartedly been decontaminated. Apparently you can still find containers marked with the poisonous substance sign stacked inside buildings gathering dust while the plant’s structures slowly crumble and rust away. The wall around the plant has many holes and isn’t very high, so locals regularly and casually go in, and even have picnics and play cricket next to the once poison-manufacturing structures.

When I was in Bhopal (at Christmas 2016), though, I was not allowed to enter the site. Foreign visitors are apparently deemed more worthy of protection than locals. I had actually asked my organizers to try and apply for a permit from the local administration, but that clearly hadn’t yielded anything (if they even tried). So I only got a glimpse from outside the wall, and that’s what you see in the photo above (repeated below). It’s a zoomed-in image of the part of the plant where the MIC pesticide used to be made. Even from a distance, it is quite an eerie sight, knowing the history of this place …

Here are a few more photos:

Note that the smoking chimney stack you see in the above photo has nothing to do with the Union Carbide plant but belongs to a different plant further in the distance.

The kids you see in the above photo just popped up as they saw us white foreigners being guided around the site. They innocently posed for photos and giggled at the sight of us strange people – apparently quite unaware of the serious and sombre nature of the mural and monument. I wonder if the locals ever speak to their kids about the disaster that happened on their doorstep all those years ago …

The sculpture that is part of the memorial was designed by a Dutch artist and depicts a mother fleeing the gas cloud with an already dead child in her arms and another one holding on to her dress in desperation (not so clearly visible from this angle). As the toxic cloud was clinging to the ground, children were disproportionately affected. Some were also trampled to death in the ensuing panic. Ironically, many people would have been better off staying inside and keeping their doors and windows shut rather than trying to run away.

Some distance from the actual plant is a small memorial museum about the disaster and its aftermath, run by one of the various charities set up in the decades since the disaster.

Finally, outside India, namely in Chicago in the USA, I came across a building that was formerly the regional seat of Union Carbide, but is now a hotel (in fact the third hotel at this site – ownership changed every few years it seems), but it still says “Carbide and Carbon Building” on the front facade. It’s a pretty Art Deco tower but given its name and history it takes on a rather dark aura as well.

[Parts of the text above were adapted from salvaged posts from my former DT page on Facebook that was purged, but that could largely be reconstructed in archive form. I had posted some photos from on the road while still in India, and also marked the date in two anniversary posts in later years.] 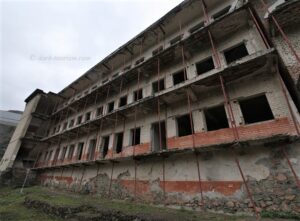