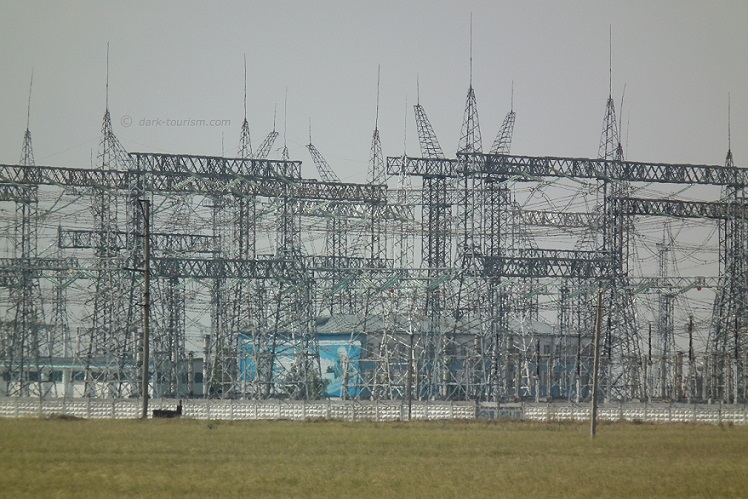 I finished the reconstruction of the posts on my purged Facebook page for the year 2017. And noticed that it had been a good year, especially for themed weeks of successive posts with a common topic or keyword.

Groß-Rosen is perhaps one of the less well-known concentration camps, compared to the more infamous names like Dachau, Buchenwald and of course Auschwitz, but it was nonetheless a very dark place. It is these days located in Poland, not far from Wroclaw, formerly Breslau, in Silesia, an area that became part of Poland after WWII (due to the territorial changes agreed on at the Potsdam Conference in 1945). With this, the name of the village that the camp had been named after also changed, namely to Rogoźnica.

Before that Groß-Rosen used to be one of the main concentration camps within the German Reich. It started out as a satellite camp of Sachsenhausen (near Berlin), but from 1941 became an autonomous camp in its own right, and had its own set of satellite camps dotted around the area.

Groß-Rosen was primarily a forced-labour camp. At the site of the camp itself inmates had to toil away in a granite quarry – like at Mauthausen, Natzweiler or Flossenbürg. Later, more and more industrial work was done at the camp – especially armaments production for the Nazis’ war effort, of course. Some big name companies such as Siemens and Blaupunkt (electronics) and IG Farben (chemicals) had workshops at the camp and made good use of the slave labour provided by Groß-Rosen.

This sinister exhibit with this macabre name is on display at the small museum part of the former West Virginia Penitentiary in Moundsville, West Virginia, USA.

The original “Old Sparky” was even built by an inmate, who was then moved to another correctional facility as the prison administration feared for the man’s safety had he stayed here. The chair was in fact used in the 1950s for a total of nine executions (and at least one of the convicts killed in it had always protested his innocence!).

The prison was closed in 1995, having been too old, with too small cells, which were eventually deemed “cruel and unusual punishment”. It has been largely preserved in the state it was in when it was vacated and is now a visitor attraction.

Guided tours lead tourists through the cell blocks – and at one of them some of the tour’s more fearless participants are encouraged to go inside a row of cells while the guide demonstrates the remote-operated locking mechanism for all cell doors at once. You just have to trust that the machinery still works well enough after all these years to also open the cell doors again.

However, it is “Old Sparky” that is the star exhibit of the West Virginia Penitentiary. Accordingly it also features on the various merchandise items on sale at this place: on coffee mugs, postcards, T-shirts, you name it … I admit I couldn’t resist the temptation to get the T-shirt, which is now part of my collection of DT-related souvenirs.

This is Duga, an over-the horizon (OTH) radar installation near Chernobyl, Ukraine, aka “The Woodpecker” (so named for the interference noise it caused for radio operators elsewhere). This monster of a Cold-War-era vintage technological installation looks like it could be a film set for some 1960s Bond movie villain intent on destroying the world through some weird electric super-weapon. Yet in reality its function was more defensive in nature, namely as part of the Soviet Union‘s early-warning system designed to detect ICBM launches from the USA.

OK, that’s where the defensive nature of Duga would have ended, because had an attack by US nuclear missiles indeed been detected that would have led to the immediate retaliatory launch of the Soviet nuclear arsenal, i.e. to World War Three, i.e. to a total nuclear holocaust, i.e. to the end of the world. It was a doctrine accepted as ‘MAD’ – mutually assured destruction.

Why is Duga in this electricity theme? Well, an OTH radar of such proportions (ca. 150m high, 500m wide) requires vast amounts of electric energy. That’s the reason why it was built so close to the nuclear power plant of Chernobyl. So we are talking mega electricity here!

Further on the electricity theme – now we come to absolute electric superpower. Literally.

This is a transformer station from where electricity is distributed via the world’s highest voltage power line (1150 KV). It’s near Ekibastuz in north-eastern Kazakhstan. The electricity is generated by a set of power plants that burn coal mined at the massive Bogatyr open-cast pit. And one of the plants (GRES-2) features another world record, namely the highest chimney (at 420m).

Seeing the Bogatyr pit, the power stations and all the other Soviet-era industrial landscape with their near dystopian atmosphere was a totally off-the-beaten-track highlight of my trip to Kazakhstan back in 2011.

You can perhaps argue that all this isn’t really prototypical dark tourism (though the environmental aspects involved in unfiltered coal-burning power stations of such scale do have seriously dark implications, I would argue back), but Ekibastuz also has more historically dark associations:

It was a place of exile for political prisoners, part of the GuLag network of the USSR. The best-known name of a victim of this system linked to Ekibastuz is writer Alexandr Solzhenitsyn. His experiences later fed into his best-known work “The Gulag Archipelago”, for which he was arrested again by the KGB and eventually expelled from the USSR in 1974.

To finish this post’s electricity theme with its escalating electric power struggle, let’s come down again and end on a small and humble scale:

Small as this electric light bulb – and its spooky reflection – may be, I think this photo exudes a strangely grim atmosphere, perfectly in line with that of the rest of this sinister place.

The photo was taken at the former Stasi remand prison at Bautzener Straße in Dresden, Germany. The prison was originally set up by the Soviets as a political prison operated by the NKVD (what was later to become the KGB), but like so many such places was taken over by the GDR‘s secret police, the Stasi, in the early 1950s.

And also like its many counterparts (for instance the one in Potsdam!) it all ended in 1989 in the Peaceful Revolution that brought down the GDR regime, and eventually the whole state. The prison is now a memorial and, in my view, one of the eeriest relics of the GDR times.

As indicated above, on my ex-Facebook page there were many intriguing themed weeks in 2017, and also a few in other years. Let’s make it a poll! I give you a choice of four themes and you can vote which you would most like to see featuring in reconstructed and amended form here on the DT blog. Leave a comment with your preference!

a) dark tourism and animals

b) dark tourism and ash