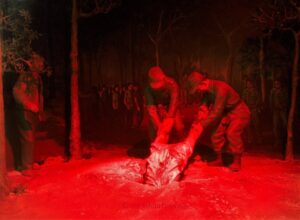 The large archipelago nation of Indonesia has been in the media lately for a couple of unexpected revelations – for me at least.

For one thing, the country’s capital city Jakarta will soon no longer be the capital city!
Indonesia is about to go the Brazil/Myanmar way, as it were, with a purpose-built new capital in the very centre of the archipelago, namely in the province of East Kalimantan, on the