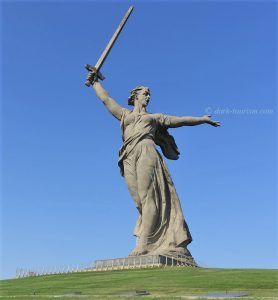 On this day it’s International Women’s Day, so I’m marking this by posting some photos of really big women sculptures. Above is the very biggest of them all, the largest female statue ever built. This is the Rodina Mat, aka “The Motherland Calls”, statue on Mamayev Hill in Volgograd, Russia. She’s the central part of the memorial complex for the Battle of Stalingrad. This is Soviet monumentalism at its most monumental! The figure is 52m tall from head to toe, with sword even 85m. At the 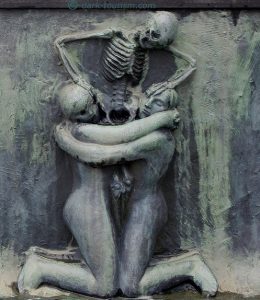 After a period of relative neglect of my Blog (I’ve simply been too busy finalizing my book), it’s time to activate it more again and also for having a new theme poll – a choice of topics that a blog post the week after next Sunday should have. So have your say!

As promised last time, on this occasion all suggested themes are new (I may re-run older also-rans later on) – and they all begin with a “b”. Here we go 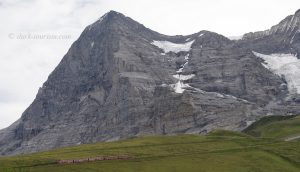 Just back from Switzerland this morning! It was a nice eight-day trip, mostly in the Alps, but also a bit of city (Zürich). The main emphasis was on the spectacular Alpine scenery. Around Zermatt this is indeed dominated by the Matterhorn, the planet’s most iconic peak.
As for the dark elements: well, the building of the Jungfrau Railway cost several workers their lives during the tunnelling. At the touristified complex at the summit one section commemorates those victims of the project (which took decades to complete from the late 1890s to the 1920s). Most names looked Italian. But there was also 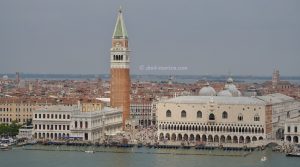 I had a fantastic five days in Venice. Even though it wasn’t exactly empty and devoid of tourists, there was certainly not the degree of ‘overtourism’ that had plagued the city before the pandemic. Without the usual thick throngs of tourists, Venice was indeed much more pleasant to visit now.
While much of the trip was about just enjoying Venice as it is at the moment, wandering about and indulging in culinary delights, there had to be some dark elements too, of course. Venice may not be a top-league dark-tourism destination, but it does have its dark sides as well. The second Italian phrase in this post’s title, “Venezia buia”, means ‘dark Venice’, by the way. 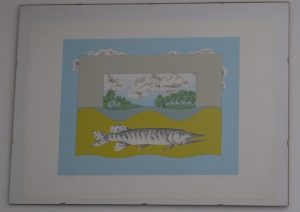 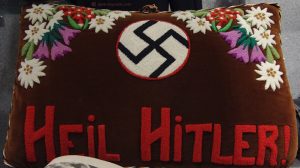 The Fluffy Side of Nazism

Another one related to my recent purge from Facebook. I mentioned in my earlier post about this censorship case that I had posted photos on Facebook that I would have considered more “risqué” than the one that started all the trouble. Here’s an example from way back, namely from 25 May 2017. This had been part of a themed week of posts all showing the “fluffy side of something” (see below!). This was probably