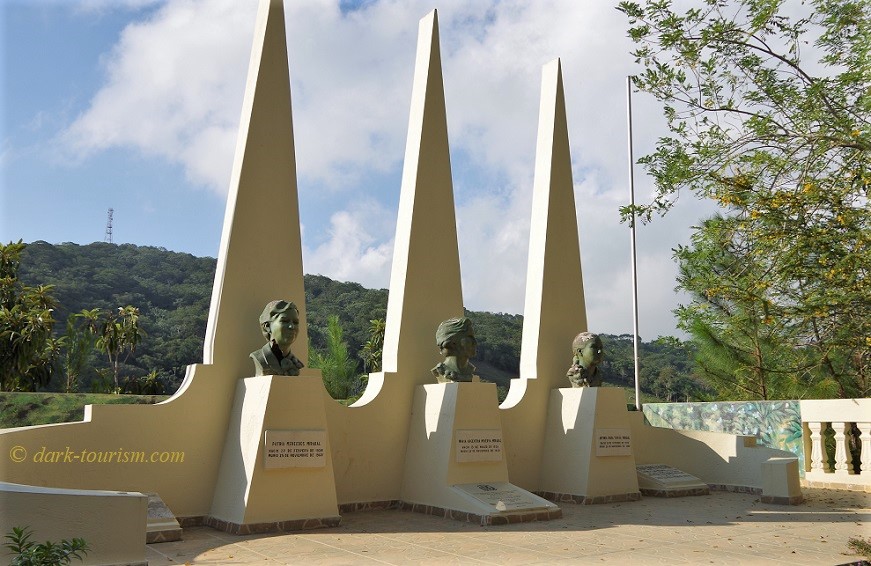 Today, 25 November, is International Day for the Elimination of Violence against Women. That this particular date was chosen by the UN (in 1999) to stand for this cause is no coincidence. Because it was on this day, 60 years ago, in 1960, that the Mirabal sisters were assassinated in the Dominican Republic on orders of the country’s then dictator Rafael Trujillo.

Minerva, Patria and Maria Teresa Mirabal had been a thorn in the regime’s side for many years, as they were prominent members of the resistance. Their husbands had been arrested and incarcerated in the Fortaleza San Felipe in Puerto Plata and it was on the journey back from visiting them there that the Mirabals’ car was ambushed, the three women were dragged out and bludgeoned to death. After that the car was rolled down the hillside to make it look like an accident. The cover-up didn’t work though, nobody believed it.

Soon after the news of the murder of the Mirabal sisters got round, whatever support Trujillo still had in the outside world crumbled away. The USA, once a happy supporter of the Trujillo regime (because it was anti-communist), also turned against its former ally. Only six months after the Mirabals’ murder, Trujillo’s car was ambushed outside the capital Santo Domingo by dissidents who shot dead the despot – he had been one of the longest ruling dictators in world history. It is assumed that the killers had support from the CIA. Nevertheless it still took the country a long time to shake off the shadows of dictatorship and find freedom (see history of the Dominican Republic).

The legacy of the Mirabal sisters lives on and they are still much revered in the country. The featured photo above, repeated below, shows the monument that was erected at the site of the murder, by a small dirt track off the main cross-mountain road near the village of La Cumbre in the northern highlands.

The surviving fourth Mirabal sister, Dedé, later turned the former family home of the Mirabals into a veritable shrine to her dead siblings: the Museo Hermanas Mirabal near Salcedo in the Cibao region of the Dominican Republic. Photography was not allowed inside so I can only give you an outside photo of the porch:

The remains of Minerva, Patria and Maria Teresa Mirabal were also moved to the premises outside the museum where they were given new graves. In addition, there is the grave Minerva’s husband, Manolo Tavarez, to make it a quartet:

Other places associated with this story include the coastal fort where the Mirabal sisters’ husbands, including Manolo Tavarez, were incarcerated for their work for the resistance movement. It’s near Puerto Plata on the northern coast. It’s open to the public but doesn’t have much in terms of interpretation of its dark role in modern history.

The best place to go and learn about the Mirabals and the whole history of the dictatorship and the resistance against it is the Museo Memorial de la Resistencia Dominicana in the old Colonial Quarter of the country’s capital Santo Domingo:

The extensive exhibition inside is mostly well laid out and provides tons of information (though it’s all in Spanish and the English-language audio-guides suffered from very crackly headphone cables). A highlight in the middle of the main part is a rather bizarre exhibit, though. An jerkily animated Tavarez robot delivering a passionate speech …

I visited all these places on my trip to the Dominican Republic in January 2016, and this included also several obscure sites associated with the Trujillo dictatorship as well as a bat cave. This was only possible through the help of an American fixer I had found online and who arranged all these rather off-the-beaten-track activities. I guess this trip was very different to most people’s experience of the “Dom Rep”, which is 95% in the form of all-inclusive beach holiday resorts and cruise ship visits. I presume hardly any of these tourists will be prepared to step out of their comfort zone and most are unlikely to be even aware of the Dominican Republic’s so very dark history.