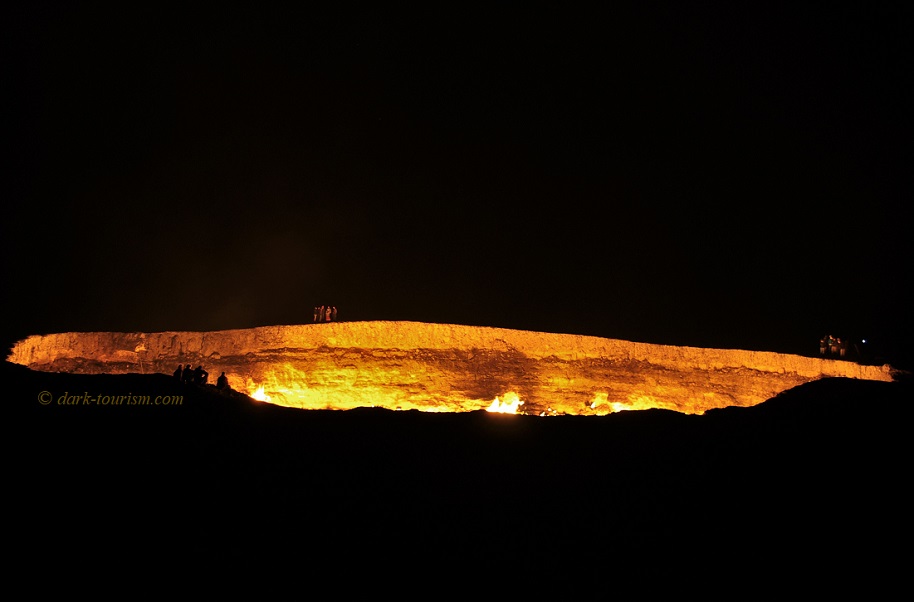 All of these have been in the media for more or less unsavoury reasons over the past few decades, but Kazakhstan seemed to be the calmest and least dodgy of all those dubious regimes in these countries. Yet it has become clear that under the surface discontent about the corruption and nepotism characterizing the politics of the country must have been brewing, which now erupted so violently. The warlike images from the country’s largest city, Almaty, were indeed quite shocking.

I travelled around Kazakhstan in the summer of 2011, and spent several days in Almaty, so I can bring you a few images from back then, starting with this one taken right in the centre:

This is Republic Square, with the obelisk of the Independence Monument in its centre, and flanked by grand modern buildings, some of which featured in the images of the recent clashes.

Almaty, the former Alma-Ata (that’s the Russian name used in Soviet times), is in the far south-east of Kazakhstan, right at the foot of the Tian Shan mountains, whose peaks are high enough to remain snow-covered even in the height of summer. It’s quite a stunning backdrop:

Also in the frame is Almaty’s TV tower, one of the most visible Soviet-era relics of the city. And beyond those peaks in the photo lies Kyrgyzstan. Pretty as this backdrop may be, it has the disadvantage that it makes Almaty prone to persistent smog. In fact Almaty is ranked amongst the lowest of cities globally for air quality. Fortunately, when I was there, this was not an issue.

As befits any large ex-Soviet city, there are plenty of monuments and statues, including this one (I can’t quite remember where exactly I spotted it):

And no, this is not a monument to the recent protesters, but only a typical October Revolution memorial, like so many hundreds of others all over the former USSR.

And as a follow-on from last week’s blog post about climate issues, here’s one from Kazakhstan:

This was taken at sunset from my hotel room in Almaty and shows the unfiltered smoke from one of the many coal-fired power stations in Kazakhstan, which is in the top ten of coal-producing countries and remains totally reliant on it. So you can’t expect any “net-zero” pledges from here any time soon. Filtering technology to at least reduce the pollution from coal burning also seems to be a distant concept here. I also saw that at Ekibastuz near the largest open-cast coal mine in Kazakhstan, Bogatyr (which featured in the “DT & mining” post recently).

But with this let’s move on to another big hole in the ground, and to another country in the Stans family, Turkmenistan.

Much of Turkmenistan is covered by the Karakum desert, and right in the middle of this is this strange anomaly, the Darvaza flaming gas crater. It’s the result of an industrial accident in Soviet times (most sources say in the early 1970s, though the details and exact dates are lost in murky mystery) when natural gas prospectors hit a hollow cavern underground which promptly collapsed, quite likely taking some of the workers with it. The gas seeping from the ground then ignited (or was ignited – which is also not totally clear) and has been burning ever since. It’s an infernal sight especially at night. And going to see this has become the highlight of many a trip to Turkmenistan over the past decade or two. Here’s a classic image from my archives (same file as the featured photo at the top of this post):

When I visited the place in November 2010, our group was driven there in a convoy of several 4×4 jeeps and we camped nearby. Many of us spent a good part of the night right on the edge of the mesmerizing flaming crater, as you can see in the photo above. It was also then that I took a proper smiley selfie for the last time (with my little compact camera – hence the inferior image quality):

From this photo I had derived my former profile pic on Facebook until I was purged from that platform – see also this older blog post.

Anyway, as you can see from my attire, it was very cold at night in the desert, so the warmth of the flames by the crater rim was quite welcome in practical terms too. The Darvaza crater, which is something like 70m (230 feet) in diameter and ca. 30m (100 feet) deep, has also become known as the “Door to Hell” or the “Gates of Hell”.

That night I also took a long-exposure photo of the crater from a distance, producing this hellish photo (the white dots are stars):

After a short night with little sleep due to the cold (the sleeping bags provided weren’t sufficient even though I was also wearing all the clothes I had with me, including a heavy leather jacket), I got up again before daybreak to witness the sunrise by the crater. The glow soon disappears once there is daylight, but from close up on the rim, it was still a pretty impressive sight to behold:

The person standing on the opposite crater rim gives a good impression of the dimensions involved. You can also see that same person in the background in this next photo:

That steel object in the foreground is presumably a relic from the 1970s Soviet mining/gas prospecting efforts, so a remnant of the accident that created the crater. But what exactly it is I have no idea.

By the way, standing so close to the rim is no longer possible (nominally at least) because of a fence that was erected more recently as part of some further tourism developments at the site. In my book, Atlas of Dark Destinations, you can see the fence (and some tourists). Here’s a size-reduced screenshot of the relevant pages:

The other tourism developments at the site also include yurts that you can stay at overnight in more comfort. There are now even western style flush toilets. None of that was there when I visited! Our accommodation looked like this:

So we only had simple tents, sleeping bags and the only “toilet” was “the big one” as our guide referred to the surrounding dunes and hills.

The more recent developments reflect the fact that Darvaza is now the most sought-after attraction in all of Turkmenistan, it’s the No. 1 site people travelling to that country want to see. It is thus all the more astonishing that Turkmenistan’s president recently reiterated his intention of having the flames put out (see this newspaper article – external link). And this is why it falls under this post’s headline “Trouble in the Stans”. Especially from a dark-tourism perspective, an extinguished/closed “Door to Hell” would be a great shame, the loss of one of the most unique and fascinating sights to behold anywhere. In fact, when I went in 2010 that was because already back then, the president had made noises to the same effect, so I thought I was under time pressure to go and see it before it disappeared. It turned out that over eleven years on it’s still there.

Whether the president, who goes by the fantastically long ten-syllable name of Gurbanguly Berdymukhamedov, is serious this time around is hard to say. Maybe it’s just a ploy to push the attraction of the site further and fabricate a similar sense of urgency for those keen to experience this while it’s still possible. But why would he do that now, in the middle of a pandemic when nobody can travel there anyway (as far as I know; maybe that has changed?).

Anyway, extinguishing the flames isn’t something that could easily be done. You can’t just “turn off the gas”, nor could you put it out with water (where would you get that from in a desert anyway). Just filling the crater with soil wouldn’t do either. The gas would find a way to seep to the surface where it could easily reignite (say by lightning or any kind of spark). The source of the gas would have to be cut off – if it comes from an old borehole then it might be possible to dig under the crater, find the borehole and put a plug in. But if the gas comes from multiple sources, then that’s not possible. Building a sealed structure over the crater might cut off the oxygen and thus put the fire out, but wouldn’t the gas then just accumulate and eventually seep out sideways? Anyway, whatever measures could be taken, they’d likely be excruciatingly expensive. So why do it and in the process destroy the country’s No.1 tourist attraction? What could possibly be the gain?

True, the fires send CO2 into the atmosphere, but in amounts that are nothing compared to what burns away in flares at the natural gas fields on the Caspian coast and at rigs in the sea. When you fly into Turkmenistan over the Caspian Sea by night you can see the gigantic flames of these flares. Moreover, the gas at Darvaza is said to be methane. Releasing that into the atmosphere would be far worse than burning it, as methane is a much more potent greenhouse gas than CO2. (For more on these issues see this source – another external link).

But so much for the Stans. Maybe as a follow-up I should do a themed post on “dark tourism & flames” (which has already been fielded in polls on this blog a few times but never made it), though that would inevitably involve an overlap with Darvaza. I’ll think about it, though.