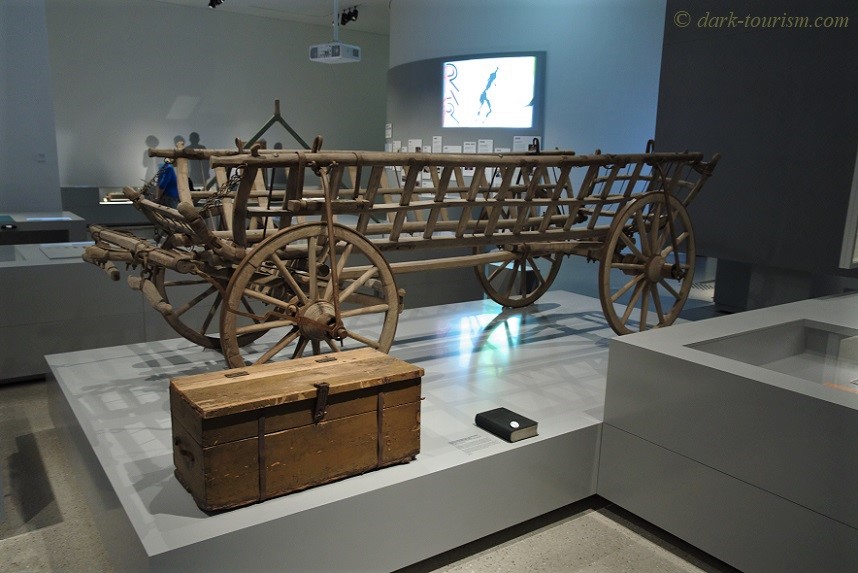 Another cause for celebration: yesterday I uploaded the One Thousandth Destination Chapter to my main website. What a breakthrough! I think it’s fair to say that this has to be the biggest milestone in the history of dark-tourism.com. It certainly sounds more momentous than one hundred destinations, and even if I make it to two thousand that won’t sound quite so momentous as hitting four figures for the first time … and I doubt very much that I’ll ever make it to ten thousand.

For the 1000th post I picked one of the places I visited on my recent summer travels, namely the brand-new Dokumentationszentrum Flucht, Vertreibung, Versöhnung, or in English: documentation centre displacement, expulsion, reconciliation, in Berlin, Germany. The centre’s topic is one I have a personal connection to, as both my parents, as young children, had to flee from the East in early 1945 as the Soviet Red Army advanced to crush the Third Reich.

The displacement of German civilians at the end of WWII and the post-war expulsions from Czech, Hungarian and new Polish territories is one of the main topics the documentation centre focuses on, but it’s only one of many. The exhibition is split into two halves on two levels. The first one deals with displacement and migration in general and covers issues from the beginning of the 20th century up to almost the present day (the recent refugee crisis that began in 2015 is covered up to mid-2020). It is very balanced and “inclusive”, full of information and accompanied by a rich collection of artefacts. The other half of the permanent exhibition on the second floor is more specifically about the German case but it’s embedded in a wider context, especially the aggressive expansionist policies of the Nazis, their atrocities and the new order that resulted from the Allied victory in WWII and shifted borders.

This is one of those exhibitions that is so overwhelmingly chock-full of information that it can wear you out. Towards the end of my four-and-a-half-hour visit, my attention span was beginning to wane and I skipped much on the audio-guide and rather photographed text panels for later instead of working my way through them there and then. So now I was able to fall back on those photos when putting together this new chapter. The centre had opened only in late June 2021, so when I was there in August it had a real brand-new atmosphere – and the bookshop and restaurant that their flyer advertised hadn’t arrived yet, nor was the space for special temporary exhibitions filled with anything yet. That’s all to begin next year.

The photo above shows one of the largest artefacts on display in the exhibition: a wooden horse-drawn wagon such as was used en masse by the treks of refugees fleeing from the East. I’ll leave it at that one photo here in this post, to see more please refer to the new chapter’s photo gallery.

As for other developments: the civil-war-like crisis in Ethiopia has featured on this blog a few times already (the latest post was this one in July). Now things are moving forward again … if you want to call it forward. From The Guardian online website I’ve collected links to a whole series of articles about recent developments in Ethiopia. This one said the TPLF (Tigrayan People’s Liberation Front) was now moving from Tigray towards the capital Addis Ababa. Another article was about the UN report on war crimes committed by both sides, though more so on the part of the government forces and their allies from Eritrea. And this latest one speaks about an anti-government alliance that has formed with other rebel militias siding with the TPLF. As I have speculated before, there is a real risk that this large multi-ethnic country may be falling apart unless peace negotiations replace military action very soon. That also seems to be the prevailing international stance.

And closer to home, there is now also a similar risk of returning violence and a country breaking apart right here in Europe, namely in Bosnia & Herzegovina. As has been reported in the news (and also covered in this article) the Serbian part of the country, “Republika Srpska”, is apparently setting up a militia of its own and is threatening to pull out of joint state institutions and expel Bosniak militias from Republika Srpska. These are also extremely worrying developments. And in this case the split goes beyond the country’s own borders, as the Serbs seem to have the backing of Serbia and Russia, while the West is looking to strengthen the peacekeeping troops based in Sarajevo currently numbering only 700 personnel.

Reading about all this makes me think back to my visit to Sarajevo, Srebrenica and Mostar in 2009. I would have good reason for a return visit, especially to Sarajevo, because new museums about the 1990s war have opened and some sites will have changed quite a bit in the meantime. But I’ll put such a revisit on hold for a while and will keep checking the situation there before making any travel plans. 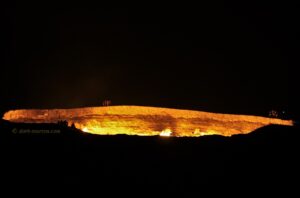 All of these have been in the media for more or less unsavoury reasons over the past few decades, but Kazakhstan seemed to be the calmest and least 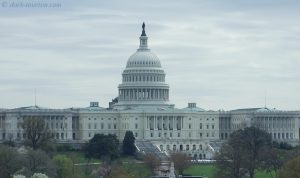 How time flies – today it is already a whole year since the 6 January 2021 attacks on the Capitol building in Washington D.C.
The other reason I’m uploading a second post today (after this one, just posted) is to alert readers to a rather big feature about my book Atlas of Dark Destinations in the Mail online, the digital counterpart of the Daily Mail newspaper in the UK. This tabloid may have had its 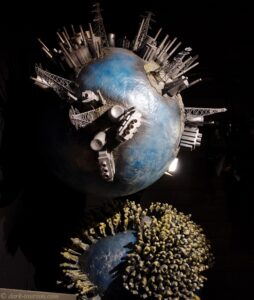