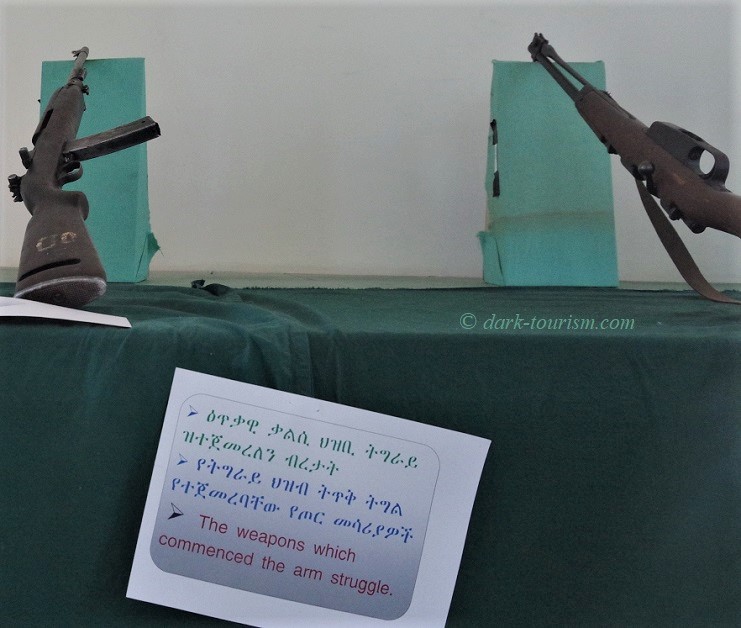 The crisis in Ethiopia has featured on this blog twice before (here and here), so an update is due. That’s because there have been significant and, for me at least, unexpected developments. The federal government forces have retreated from the northern province of Tigray that they (and Eritrean troops) attacked in November and where many atrocities had since been committed – and tens if not hundreds of thousands of civilians were displaced and/or are on the brink of famine. The official explanation from Addis Ababa is that the retreat is a “unilateral ceasefire”, but I find that a bit difficult to buy into. In any case, the TPLF (Tigrayan People’s Liberation Front) has taken back the province’s capital city Mekele and the latest news (see here – external link, opens in a new window) is that the TPLF are now recruiting scores of young men ready to fight and reclaim lost territory, in particular in the south-west where a new front line has formed. It is here that the TPLF are facing paramilitary troops from Amhara. So it could be that the country is on the brink of the next stage of ethnically driven civil war. It’s certainly worrying and at the same time unpredictable.

I was in Mekele in January 2020 and saw first-hand how dominant the TPLF was/is in this city. The main sight to see was the Tigrayan Martyrs Monument and Museum. In the photo below you can see the monument in the background (more of it from closer up featured also in this blog post):

Note the countless flags flying – and the bunting in the national colours. Especially numerous were the flags of the province of Tigray. Here is a photo of one close up:

But the Ethiopian national flag was well represented too (note the Rastafarian colours!):

All over Mekele there were numerous references to the TPLF, once the dominant political party in Ethiopia and in government continuously since the overthrow of the Derg regime in 1991 and until current prime minster Abiy Ahmed came to office in 2018. He has since marginalized the TPLF and last November even went to war against them. Here’s a close-up of the TPLF flag:

The flag also featured prominently inside the Tigrayan Martyrs Museum, especially in the grim corner where there were several coffins containing the remains of such “martyrs” and wrapped in the Tigray and TPLF flags:

The actual exhibition in the museum had lots of photos from the days of the fight against the Derg along with a few concrete artefacts, including, unsurprisingly, lots of guns. The (mostly) trilingual labels included English, but often somewhat flawed English, such as in this one:

What they probably meant to say was that these were guns used at the beginning of the fight against the Derg. But as it seems to say that it was the weapons that started the conflict, I picked this photo also as the featured image at the top of this post. Indeed weapons are pretty omnipresent in Ethiopia (as I illustrated with a few photos in this older post – scroll down to the bottom three photos!).

Other than weapons, the museum exhibition also had various other objects, including communications gear. And if you thought that the guns label above was funny, wait for this one:

Thus ordinary 1980s stereo amplifiers become part of the glorification that permeates the entire exhibition. And it goes to even more ludicrous levels, such as with this one:

I have no idea what makes this (then) run-of-the-mill cassette recorder and radio “national”, but I certainly found the label amusing.

Outside the museum proper is also an open-air part with displays of larger exhibits such as vehicles, missile launchers and aircraft. The sign directing visitors to that exhibition, however, declares “open war”:

It’s easy to get sarcastic about these flawed signs and labels, but one has to remember that open war seems a real possibility in Ethiopia, and war is never funny. Some observers voice fears that this conflict could spread further and eventually lead to a break-up of the federal state of Ethiopia, one of the most multi-ethnic countries on Earth. There has already been so much tragedy in this part of the world and it is indeed fragile. We’ll have to see what the coming weeks and months bring. Hopefully at least humanitarian aid will reach those countless civilians in dire need of it, now that the government forces have retreated. Much will depend on how the TPLF now react. I’ll try to monitor the situation further.

But I’ll give you one more photo, namely of that open-air museum part. These are two Soviet-built MiGs of the Ethiopian Air Force, covered in dust despite the protective roof:

To this day, the Ethiopian Air Force uses MiGs and other Soviet/Russian aircraft, now more modern models, such as Su-27s, and upgraded older MiG-23s … and some of those will likely have taken part in the air strikes against targets in Tigray, including the 22 June bombing of a civilian market in the town of Togoga in which 64 people were killed and almost 200 injured. It was the first time since the Derg’s bombing of Hawzen in 1988 that a civilian market had been militarily targeted in Ethiopia. Unsurprisingly, this new atrocity in Togoga triggered strong condemnation from the UN.

I’ll leave it at this for this time about Ethiopia. Though this disturbing and depressing topic will probably feature here again, unless by some miracle a peaceful solution can be found soon …