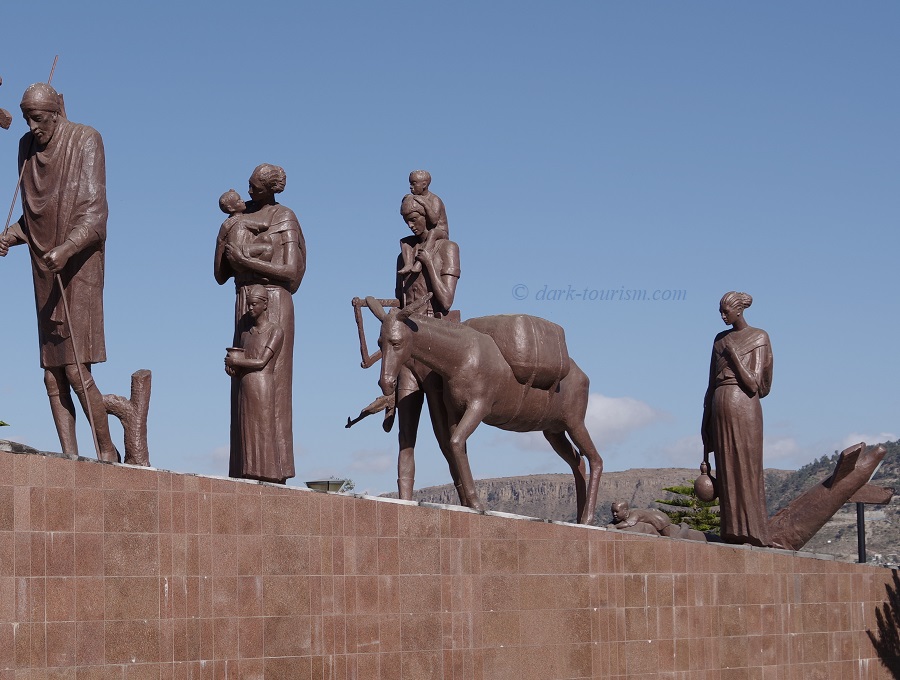 The war and humanitarian crisis in northern Ethiopia (Tigray) have been a topic on this blog before (in this post). Things have hardly improved since then, if anything they’ve got even worse. It’s one of the most dire situations anywhere in the world at the moment, with hundreds of thousands of refugees and internally displaced people living in shelters that can’t cope with the numbers, sanitation is extremely poor and there’s scarcity of water and food. Moreover, reports of atrocities are coming out, despite the Ethiopian government’s news ban and isolation of the region. Apparently rape is being used in a systematic, de facto “weaponized” way. Bodies of the dead are often not buried but left for the hyenas to “clear” away.

To think that the war was started by someone who’s a Nobel Peace Prize laureate! Why are there not more calls for him to be stripped of that title? He received the prize for making a peace deal with neighbouring rival Eritrea, who then proceeded to side with him in this war and even actively took part in it.

The Tigrayan People’s Liberation Front (TPLF), meanwhile, have retreated into the mountains and are using guerilla tactics against the government forces. No end, let alone a solution, is in sight. Yet this quagmire hardly gets much of a mention in the main news outlets. But the latest contribution I found in the British newspaper The Guardian is this online article (external link, opens in a new window),  which is basically an eyewitness report directly from Mekele, the Tigrayan capital.

Ethiopia was the last country I had travelled to before the pandemic halted everything last spring, and that trip included Mekele and the Tigray (in early January 2020). Apart from serving as the departure point for an excursion into the Danakil Depression, Mekele also had a DT attraction of its own: the Tigrayan Martyrs Monument & Museum. This had been erected by the TPLF and celebrated the outcome of a previous civil war and the overthrow of the brutal Derg regime in 1991. The photo above shows one group of statues that forms part of the ensemble and depicts civilians fleeing war and famine. Who would have thought that this would become so poignant and contemporary again now. Whether the monument has a future, whether it’s even still there now, I have no way of knowing.

But so much for that. And now for something more light-hearted. I’ve decided to revive this blog’s “tradition” of having blog-post theme polls to give readers some opportunity for participation. As before, I give you four choices, this time all new themes that have not been fielded in previous polls before:

Please cast your vote by leaving a comment with your choice below – or, if you are a subscriber, by replying to the latest newsletter that went out today.