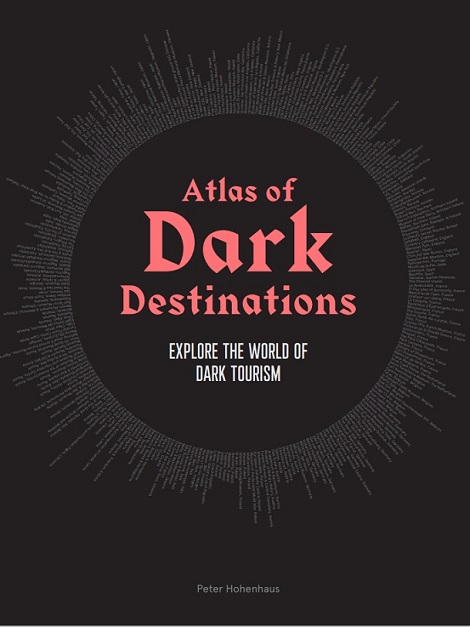 It so happens that this date is also Austria’s “Nationalfeiertag”, literally ‘National Celebration Day’. I could say: that’s nice, so the whole nation is celebrating with me. But of course this is a historic anniversary: the date on which back in 1955 the Staatsvertrag (State Treaty) was signed which released a new Austrian state into independence after ten years of occupation by the Allies, so six years longer than the Allied occupation lasted in Germany! Well, in Germany that coincided with the creation of the two separate states, the FRG and the GDR and them joining NATO and the Warsaw Pact, respectively. For Austria such a division was to be avoided, and independence was granted only on the condition that Austria remain militarily neutral and not join either of the two Blocs.

This Austrian National Day was marked here on this Blog last year too, namely with this post, which recycled posts from my purged former Facebook page, on which I had marked this date in previous years as well, lifted from my archive.

Other historic reasons to celebrate on 26 October include the anniversary of the eradication of smallpox in 1977, possibly the greatest success any vaccination programme has ever had. (And I wish this could be repeated with the current Covid-19 virus!) This date was chosen to mark this anniversary because it was when the last known case to have been naturally infected by the disease (in Somalia) was recorded. The man in question made a full recovery and did not infect anybody else.

Also on this date in 1944 the Battle of Leyte Gulf ended with a victory for the USA as part of their pushing back Imperial Japan’s forces in the Pacific Theatre of WWII.

In 1985 the Australian government transferred ownership of Uluru (formerly known as Ayers Rock) back to the Aborigines. In 1991 the last Yugoslav troops left newly independent Slovenia. And in 1994, Israel and Jordan signed a peace treaty.

But there were also plenty of dark days on this date. Amongst those are: in 2002 Russian special forces ended the Moscow Dubrovka Theatre siege by Chechen terrorists and not only killed all the terrorists but also 130 to 150 of the hostages held in the theatre, who died from a toxic gas the special forces had pumped into the auditorium. In 2001, the US administration under president George W. Bush passed into law the infamous “Patriot Act” in response to the 9/11 terrorist attacks. The Patriot Act not only allowed for massively increased surveillance, but also brought limitations of civil liberties, and made possible indefinite detention without trial of terror suspects (many of whom ended up in the US base and special prison of Guantanamo Bay in Cuba). In 1995, the Icelandic village of Flateyri in the remote Westfjords was hit by an avalanche that destroyed numerous houses and killed 20 people. In 1989 a China Airlines plane crashed in Taiwan killing all 54 people on board. And in 1956 during the uprising in Hungary, secret police forces massacred numerous civilians in two provincial towns.

But back to my personal celebration of the launch of my book. Now, of course, I have to hope that it will also sell well, so that I can make some money from it beyond the advance I’ve already been paid. Such profits would be dearly needed for the upkeep of my website and this Blog. So everybody reading this: get yourself a copy of the book! Not only do you acquire a beautiful and interesting big tome about dark tourism, your purchase also helps support this Blog and the website.

On the latter I have now added a separate page for the book – and on that you can also find links to the publishers’ websites where you can order the book direct. Alternatively you can get it through your local bookshop or from any of the online booksellers (including Amazon, of course). 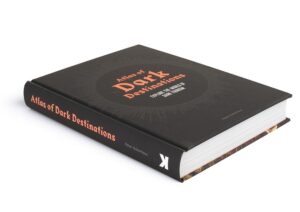 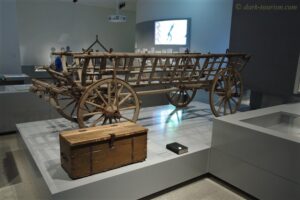