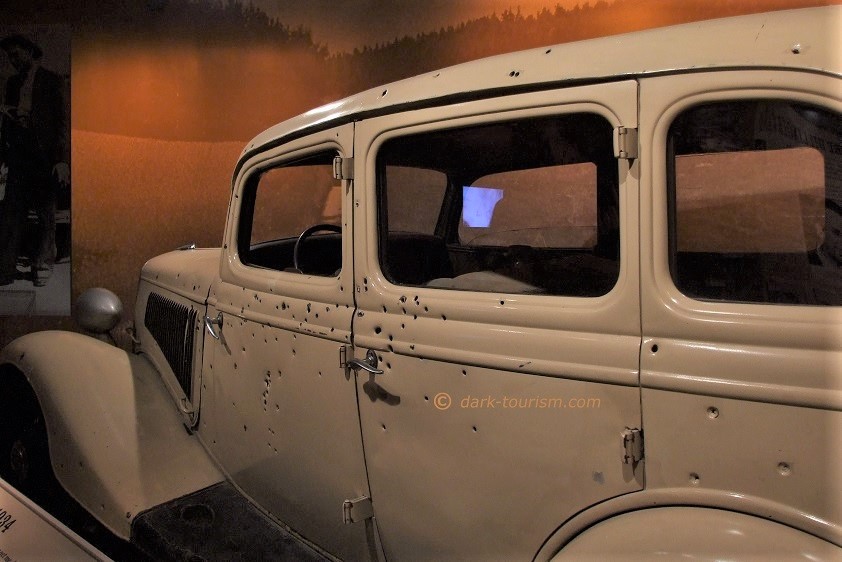 Poll Result & this Day in History

First of all, here is the result of the latest theme poll on this blog sent out last Sunday. Again there are joint winners, having attracted the exact same number of votes, so again I will do both. ‘DT & food’ had long been in the lead but then ‘DT & pianos’ caught up. So I will do the former this coming week and the latter the week after. ‘DT and planes’ came third so may be fielded again, while ‘DT & furniture’ (though an intriguing theme) will have to wait longer to feature again.

Today’s date features repeatedly in the history annals, and some of that has relevance for dark tourism too.

On this day in 1915, Italy joined the Allies in World War One. While The Somme, Ypres and Verdun on the Western Front are household names in this context, Italy’s contribution to the “Great War” is less well known, at least in the anglophone world. Much of the fighting took place in the mountains, such as on the Isonzo front. Some of this is now in Slovenia and parts of the former front line have been commodified for tourism, e.g. the restored trench system of Kolovrat. And the small town of Kobarid has an interesting museum about WW1 in these parts. Here are a couple of photos from Kolovrat:

On this day in 1934, infamous bank robbers and renegades Bonnie & Clyde were ambushed and shot dead by police. The former Museum of Crime and Punishment in Washington D.C. featured a bullet-ridden car that was a film prop in a movie recreation of the story of Bonnie & Clyde. Here’s a photo of it from my archives (same as the featured photo above, which also appeared in an earlier themed post about ‘DT & cars’):

To Germany: On this day in 1945, the infamous head of the SS, Heinrich Himmler, committed suicide; on the same day the Flensburg government of Hitler’s successor Karl Döniz was dissolved. Four years later, on this day in 1949, the Western Allies approved the newly drafted Grundgesetz (‘Basic Law’, but effectively the constitution) of Western Germany, and thus the FRG was born.

On this day in 1960, the capital of Big Island Hawaii, Hilo, saw a second devastating tsunami in its 20th century history, this time resulting from a massive earthquake in Chile the day before. These tsunamis (and the phenomenon in general) are the topic of the dedicated Pacific Tsunami Museum in Hilo. Here’s a photo from the main exhibition:

The topic is still relevant, as was proven at our accommodation in Hilo on our Hawaii trip in 2015. In our room lay an old-school yellow phone book (remember those?), which had a tsunami awareness section at the front, featuring a two-page map spread about evacuation areas and routes in case of another tsunami. We were staying right in the grey zone!

Finally, on this day in 1998, the Good Friday Agreement was accepted in Northern Ireland in a referendum, thus de facto ending the dark decades of “The Troubles”. A new devolved government was formed jointly by the two adversaries, the Republicans/Nationalists and the Unionists. The grand palace of Stormont in Belfast was to be the seat of this government. Here’s a photo of that edifice:

So much for this day in history.