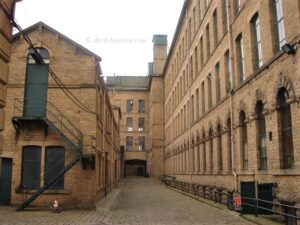 this same week I also came across another revelation of yet another dark chapter of British history that I had not been aware of in this form before: the mass internment of Germans and Austrian as “enemy aliens” in 1940 and the horrendous conditions the early places of internment came with.

Most of the internees were refugees from the Third Reich who had found a safe haven in a welcoming Britain, including many Jews who had fled the